A group of campaigners, survivors and families affected by abuse on social media have written to the Tory leadership candidates to urge the next prime minister to prioritise the Online Safety Bill.

Danielle Armitage is one of those who have signed the open letter addressed to the candidates.

She was only 14-years-old when she was groomed while playing an online interactive game for children.

The man claimed to be 16 years old, however he was in fact in his late 40s at the time.

Ms Armitage, who has waived her anonymity to warn others about what happened to her, told Sky News that initially “he arranged to meet me after school”.

“I got into his car and discovered that he was a lot older than what he said. I just froze from that point,” she said.

He drove Ms Armitage to a forest, and that’s when the first sexual assault took place.

The situation then “escalated”, and subsequent assaults became more violent.

Ms Armitage said: “He said if I spoke out or told anybody, he’d threaten my family. I felt like I had to see him again.”

She added: “By coming together and speaking out, we want the next prime minister to know what happened to us was avoidable.

“It’s in their hands to protect our children, and to make sure there are safety measures in place for children using the internet.” 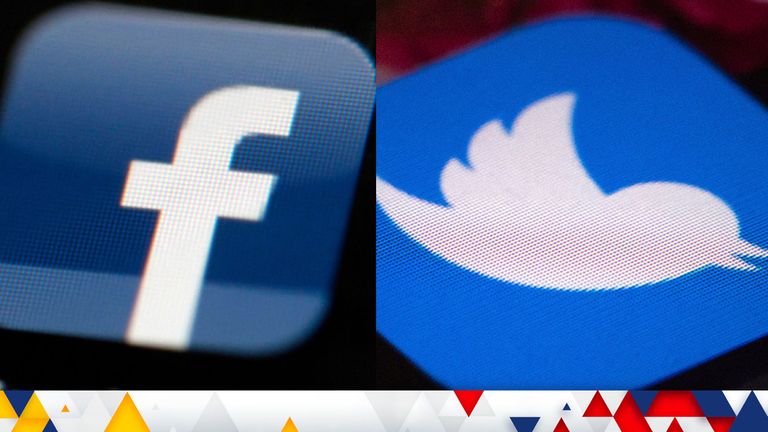 Campaigners are calling on Liz Truss and Rishi Sunak to resist calls to water down the planned internet safety laws and commit to delivering them without delay.

The proposed legislation had been scheduled to make its way through parliament before the summer recess but, due to competing demands in the chamber, has now been delayed until a new prime minister is in place.

It aims to regulate social platforms, to ensure they protect their users from harmful content, with fines and other potential penalties for those who fail to do so.

There are concerns in some quarters that the bill will damage free speech and enable censorship, while others believe it does not go far enough to curb the spread of harmful material online.

In their letter, the campaigners said it is “upsetting” to see some opponents of the bill “rejoicing at this delay and calling for the legislation to be scrapped altogether”.

The coalition is made up of 15 grooming and sexual abuse survivors, and parents of children who died by suicide after seeing harmful content online.

“We have long campaigned for laws to better protect children online and were frustrated and disappointed to see the Online Safety Bill delayed rather than pass through parliament last month,” the letter reads.

“With every month the legislation is delayed, the NSPCC say we will see more than 3,500 online child sexual abuse crimes against children. These offences have increased tenfold in just a decade. And bullying, pro-anorexia posts, harmful self-harm and suicide content continue to fill children’s streams.

“This level of harm against children would not be accepted in any other industry, which is why the next prime minister must make the Online Safety Bill a national priority and pave the way for urgent regulation to begin.”

Concerns have been raised by experts on all sides of the debate around the bill after changes in government and ministers with different priorities overseeing the legislation.

In their letter, the campaigners insisted Ms Truss or Mr Sunak must move forward with the bill.

“Should you become the next prime minister, we urge you to keep the promise made to children and families and deliver a robust Online Safety Bill in full and without delay,” they said.

“Any watering down of the bill would be unacceptable and break the commitment made to children and families in the Conservative Party manifesto to deliver the strongest possible protections for children online.”

Millions of UK homes are already in debt over their energy bills – with £1.3 billion owed, even before bills are set to soar by more than 80%.

The overall debt bill is already three times higher than it was a year ago, according to analysts at Uswitch, and it seems likely it will grow further over the winter.

Six million homes across the UK owe an average of £206 to their energy provider, according to a survey from the company. In April, the same average debt was £188.

Normally at this time of year, bill payers have accrued a ‘float’ over the warmer months, to help even out the increased bills during the winter.

Regulator Ofgem is expected to raise the price cap on energy bills to £3,582 per year for the average household in Great Britain from the beginning of October, according to a new forecast.

Analysts at Cornwall Insight have predicted further rises, to £4,266 in January and then £4,427 from the start of April.

“Energy debt has hit an all-time high with the worst possible timing, turning this winter’s energy price hike into a deeply precarious situation for many households,” said Justina Miltienyte, head of policy at Uswitch.

“This is an alarming situation, as summer is traditionally a time when households are using less power for heating, which helps bill payers to build up energy credit ahead of the winter.”

Energy bills have become the major focus of the Tory leadership campaign.

On Tuesday, Money Saving Expert’s Martin Lewis called on Liz Truss and Rishi Sunak to bury their differences to tackle the problem together, warning the country was facing a “national cataclysm”.

He said the “zombie government needs to wake up sooner than 5 September”, when the new Tory leader and prime minister will be announced, as the new bill predictions are “unaffordable for millions”.

Tony Danker, head of the CBI, also called for both to get in a room together to sort the issue out.

Uswitch’s survey showed eight million households have no credit balances, meaning they have no cushion against the winter misery.

Nearly one in five people (18%) said they are worried about their supplier forcing them to take a prepayment meter if they fall behind on bills, although 38% said they did not know their supplier could do this.

You can share your story, pictures or video with us using our app, private messaging or email.

:: Your Report on Sky News apps

By sending us your video footage/ photographs/ audio you agree we can broadcast, publish and edit the material.

Read more:
The four simple changes you can make to save £400 on your energy bills
The UK’s cost of living crisis
Can I be evicted and will it affect my credit score? What happens if you can’t pay your energy bills

“If you are behind on your bill payments, or your energy account is going into debt, speak to your provider as soon as possible,” Ms Miltienyte said.

“They should be able to help you find a solution, such as working out a more affordable payment plan. You may also find you are eligible for additional support, such as hardship funds and other energy help schemes.

“The government also needs to take energy debt seriously ahead of the winter – and a greater support package for vulnerable households needs to be agreed as a priority.”